The Learning Curve:
the hidden agenda in music/media education.

Facade:  an outward appearance that is maintained to conceal a less pleasant or creditable reality.

I vividly remember the early days of teaching at Trebas Institute where I worked at the Toronto campus (back of McClear Place Studios).   The year was 1986 and I was 30 years old.  Cell phones didn’t exist yet and the internet was still 10+ years away.  The coolest thing one could own was an Apple Macintosh (Mac Plus) computer ($2700) that had one full MB of RAM and you could make music in it with this thing called MIDI.  I was one of the first in the city to buy one.  Make no mistake about it though, I was a musician first and foremost.  I had 5 guitars and I wanted to be a rock star.  Performing was a blast and the party action?   Let’s not even go there.  I loved Toronto.

YOU CAN’T WIN … WITHOUT A TICKET

The music business was active back then (compared to today).  There were record companies (in the city even), signing new artists and paying big money for albums and videos to be made (a new thing called MuchMusic) and I just happened to be at the right place at the right time – at the front of the line.  It was exciting.  I enjoyed teaching, having a regular job for a change and getting to be in a recording studio every day (and actually making a decent living doing that – for a musician that is).

Just a few years earlier, I had graduated from MIA (Music Industry Arts), in London Ontario and had moved to Toronto, with my eye on making it in music (as an engineer/producer/artist), knowing that moving to the big city was the only way that could happen.  In less than 5 years, I was signed to a major label record (production) deal and teaching was just a bonus; just plain fun (and I was good at it).  Money had been sporadic and I spent most of my label advances on studios and gear, so rent and food was an additional challenge, not to mention a new baby girl in my life.  This part-time teaching job helped with all that.  I was obsessed with music.

Teaching came natural to me.  I loved showing young people how do do shit, esp. the gifted ones.   I distinctly remember a cattle-call of sorts that the school put on that July, with some of us teachers at the Sheraton Hotel in downtown Toronto, all with the intention of recruiting new students for the September start that year; my first real plunge into private vocational education.  We on the panel were the ‘industry experts’, and kids came from all over the province (many with their parents), mostly because they had seen or heard an ad and were curious.  Canadian artists such as Bryan Adams, Corey Hart and Glass Tiger were top of the charts and the appeal was very real.

What sticks out most for me was that each of us on the panel had an opportunity to stand up, come forward (to a podium and microphone) and address the audience (of a few hundred) to talk about our program, mine being Recorded Music Production.

I remember the first thing I said was a question to them … ‘how many of you in this room want to be record producers” ?  Almost all their hands went up, predictably.  You see, it was simply my intention to discuss the fantasy (vs. reality) and to suggest that graduating from Trebas was a chance to explore the options and opportunities in media, other than the music business (which was the school’s primary meal ticket).  I wanted to address the potential in Film, Television, Advertising and even Corporate media because the music business was still a lottery at best, and presented as the only thing on the menu that afternoon – all dessert and no main course.

Not a whole lot of nutrition.  It was then that I decided … if I’m going to do this teaching thing over the long haul?  I have to be honest about it.

Looking out at the room full of hands up after my question, I then said this … “ok, there are more hands up in this room right now, than there are successful record producers in this entire country”.  There was a chilling silence, followed by a moment of disbelief, jaws down and a lot of people thinking WTF … not only in the audience but also on the panel, all of whom were looking a tad nervous at this point.  It was a risk and I knew it.  I simply wanted to show them that there were more real alternatives that could in fact lead to a successful long term career in music/sound media even though my suggestion was frowned upon. Epic fail.

The looks on their faces told the whole story.  These people weren’t interested in the options and it was obvious that the school President (present) really wished I hadn’t said that.  Advertising and Corporate was not why they came there (more of the same bullshit) and those who later enrolled mirrored that too.  What became all too obvious to me was that these kids were disillusioned and desperate for something bigger and better; anything that showed them a way out of this mundane existence, having lived in a high school wasteland (creatively) for years and not wanting to go to college (as they knew it).  Even though many could barely play an instrument (some even tone deaf), music became their salvation, for a while – a reason to live, something to become … an escape.  That said, a small fraction graduated and a few actually went on to do some very cool things.  I remember a handful starting bands and getting signed themselves (like me), and eventually moving into advertising, television sound/music or live/event audio/visual, out of necessity, even more landing in music or video stores but most just disappearing after spending big $ on an education they would never use.

Nothing has changed.  The successful are those who graduate and manage to find a way to make their living IN the audio media business (maybe 1 in 5 grads).  It happens and that is what the remaining schools bank on.  Turns out, 33 years later that there isn’t even a music industry left and yet the primary focus remains … yes you too can be larger than life (if you register here).   Looking back and in the hundreds of millions spent at these schools since; what saddens me most, is that almost all came in wanting to be famous and after 30 years of teaching and in the 10,000+ students/grads I’ve taught over those years, I don’t know of one who is.

We humans are desperate to find some sense of meaning in this life, something bigger.  Even better if we’re actually acknowledged, even worshipped for just 15 minutes.  One thing still holds true, years later … those who finish/graduate and actually go on to become successful are those who come in with their eyes wide open and are willing to look at all the options, and those who stick around and make it work are almost always those who see through the fame facade before they subscribe to the program. 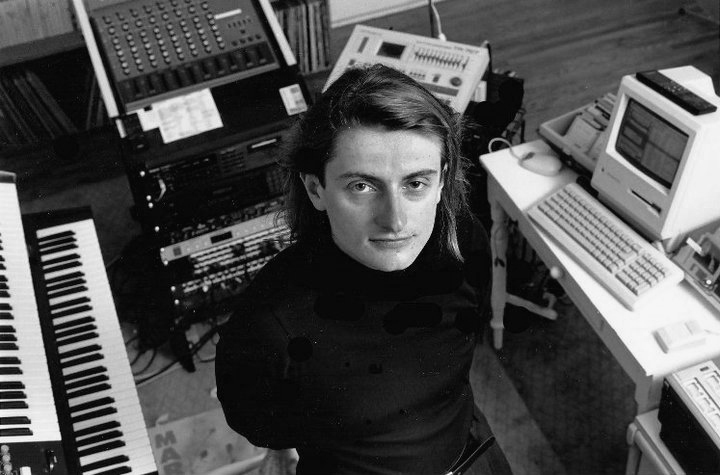